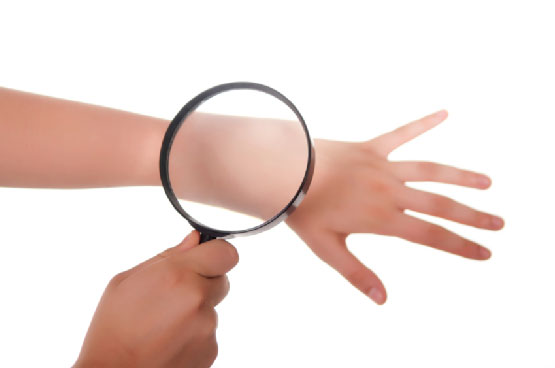 According to the Skin Cancer Foundation, skin cancer is the most common type of cancer in the United States, affecting more than two million people each year. Furthermore, one in five Americans develops skin cancer at some point in his or her lifetime. Though the abnormal skin cell growth often develops from exposure to the sun, it can also occur on areas in the body that aren’t ordinarily exposed to sunlight.

Skin cancer often develops in areas frequently exposed to sunlight, including the scalp, face, lips, neck, and chest. In cases where melanoma develops in people with darker skin tones, the cancer cells are more likely to develop in places not frequently exposed to the sun. Signs of melanoma include a large, brown spot with darker speckles, a mole that changes color or size, as well as small lesions with irregular portions that are red, white, or blue-black.

Cancerous cells develop when there is a mutation of the DNA within the skin cells. Eventually, the mutation causes the cells to grow out of control, forming masses of cancerous cells. In cases of skin cancer, the cancerous cells first develop in the top layer of skin called the epidermis. Ultraviolet radiation from natural sunlight or commercial tanning lamps causes much of the DNA damage associated with skin cancer cells. However, other factors, like exposure to toxic substances, can also lead to skin cancer.

Even though anyone can get skin cancer, people with less melatonin in their skin are at a higher risk. As a result, people who are blonde or have red hair and fair skin are more likely to develop skin cancer than someone with a darker skin tone. In addition, people with a history of sunburns are at an increased risk of skin cancer.

The leaves are changing color and the air is getting cooler, which can only mean one thing: fall is on its way! As the season’s change, so should…

Summer is over, and kids are heading back to school! While we’re starting back to a season of learning, let’s brush up on some skincare basics…