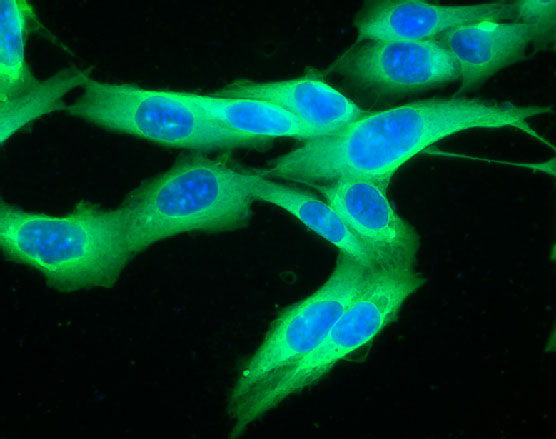 Melanoma is the most dangerous form of skin cancer, as it is characterized by cancerous growths originating in the basal layer of the skin. The majority of melanomas are brown or black in color, but they can also appear skin-colored, pink, or red. The key to preventing the spread of cancer to other parts of the body is recognizing the signs of melanoma and seeking early treatment.

Usually, moles and other skin growths are harmless. However, anyone with more than 100 moles is at a greater risk of developing melanoma. For this reason, it’s important to be very familiar with your skin and learn to recognize any changes to the shape or size of your moles. If you were to draw a line through a particular mole and the two halves don’t match, then it has an asymmetrical shape and is a sign of melanoma.

Melanomas tend to have uneven borders, with the edges being scalloped or notched in appearance. Ordinary moles, on the other hand, tend to have a consistent, even border.

A mole with varying shades of brown, tan, or black is a warning sign of melanoma. However, melanomas can also be red, blue, or white in color.

Though melanomas may appear smaller when first detected, they are usually larger in diameter than the size of the eraser on your pencil. This means a melanoma is usually larger than 1/4 inch or 6 millimeters.

It’s incredibly important to know what your moles look like ordinarily so that you can recognize any changes to the shape, size, or color. Any change in a mole’s physical appearance can be a red flag for melanoma. In addition, symptoms like bleeding, itching, and crusting signal the need to schedule an appointment with a dermatologist.

Dr. Swinyer of Swinyer – Woseth Dermatology is the founding president of the Intermountain Dermatologic Society as well as the Utah Dermatology Society. Our practice specializes in treating diseases and conditions involving the skin, including skin cancer treatment. To schedule an appointment in our Salt Lake City office, call 801-266-8841.

Do you have moles on your skin? Most people do! Moles are a very common type of skin growth, just small, dark brown spots caused by clusters of…

You’ve quit smoking, you slather up with sunscreen every time you step outside, and you would never consider visiting a tanning bed. But is your…